Morocco on a shoestring

Last year in July (2015) I had the opportunity to attend the GPU biennial photography congress in Morocco. The heading of this article does not refer to the amount of money the trip cost me, but rather about my battery usage! Let me explain. 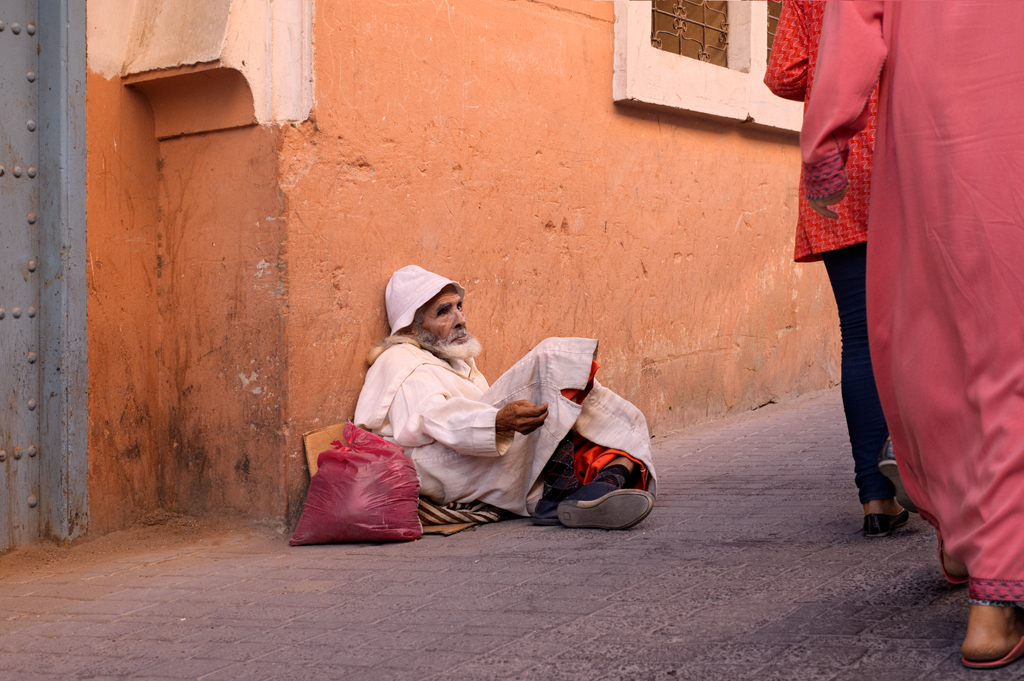 Morocco is a country in the Maghreb region of North Africa and is separated from Spain (in Europe) by a 14.3 kilometre stretch of sea called the Strait of Gibraltar. The Strait of Gibraltar is a narrow strait that connects the Atlantic Ocean to the Mediterranean Sea and separates Europe from Africa.

The Congress started in Marrakesh and after a few days of lectures and meetings, we travelled to the Sahara desert for some pre-arranged photo opportunities.

Back to my Shoestring story…. 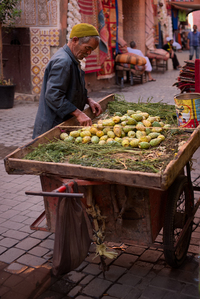 After negotiating a good price, he peeled it for me, but then I found that I negotiated for 5 - not only one! [1034]My normal way of travel is to have a camera backpack (filled to the brim) as my carry-on luggage. Apart from all the camera gear, I also keep all the necessary extra things such as my battery chargers, my tablet and its docking station, a pair of socks and spare underpants in the backpack. So why on this trip I decided – at the last moment – to move my pack with all the chargers, wires, etcetera to my normal bag is beyond me!

Any case, as things go when you gamble with fate, this was then also the trip where my bag did not arrive with me in Morocco!

So there I am, all set to take photos, but no way to charge a battery 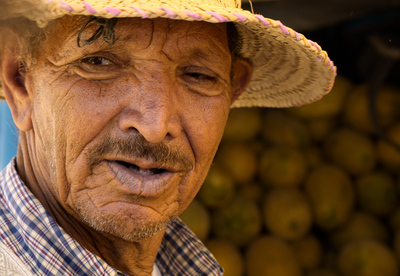 A Quick grab shot of a farmer at the market [1033](or even a phone for that matter)! I found two other people with Fujifilm cameras amongst the delegates, but only had the courage to ask one of them – Mari Hani, also from South Africa – to help me out by charging one battery every night for me.

Luckily, I’ve already investigated and optimised my battery usage and could put it to good use in this situation. I found that I could go a full day on one battery – with some to spare. Only on the last day, I used a second battery. But then again, on that day we started before sunrise and ended at midnight – a full day indeed.

Here is how I optimise my battery usage (some of them may only be based on my own ungrounded beliefs, but at least it gave me comfort on the trip):

The following two optimisation tips are more controversial, and I do not expect many people to follow my guidance here. Remember that I am from the old school and I photographed for many years (more than 25 years) without these two relatively new technologies. On the fourth day of the trip, I received an SMS that my bag was found and that it was waiting for me at the Marrakesh airport. We were unfortunately already on our way to the desert and I only had the opportunity to pick it up on my way back to South Africa.